We are an international network of Homeopaths practicing the Sensation method which is based on classical Homeopathy.

We share this wonderful tool with the homeopathic community and develop it further. 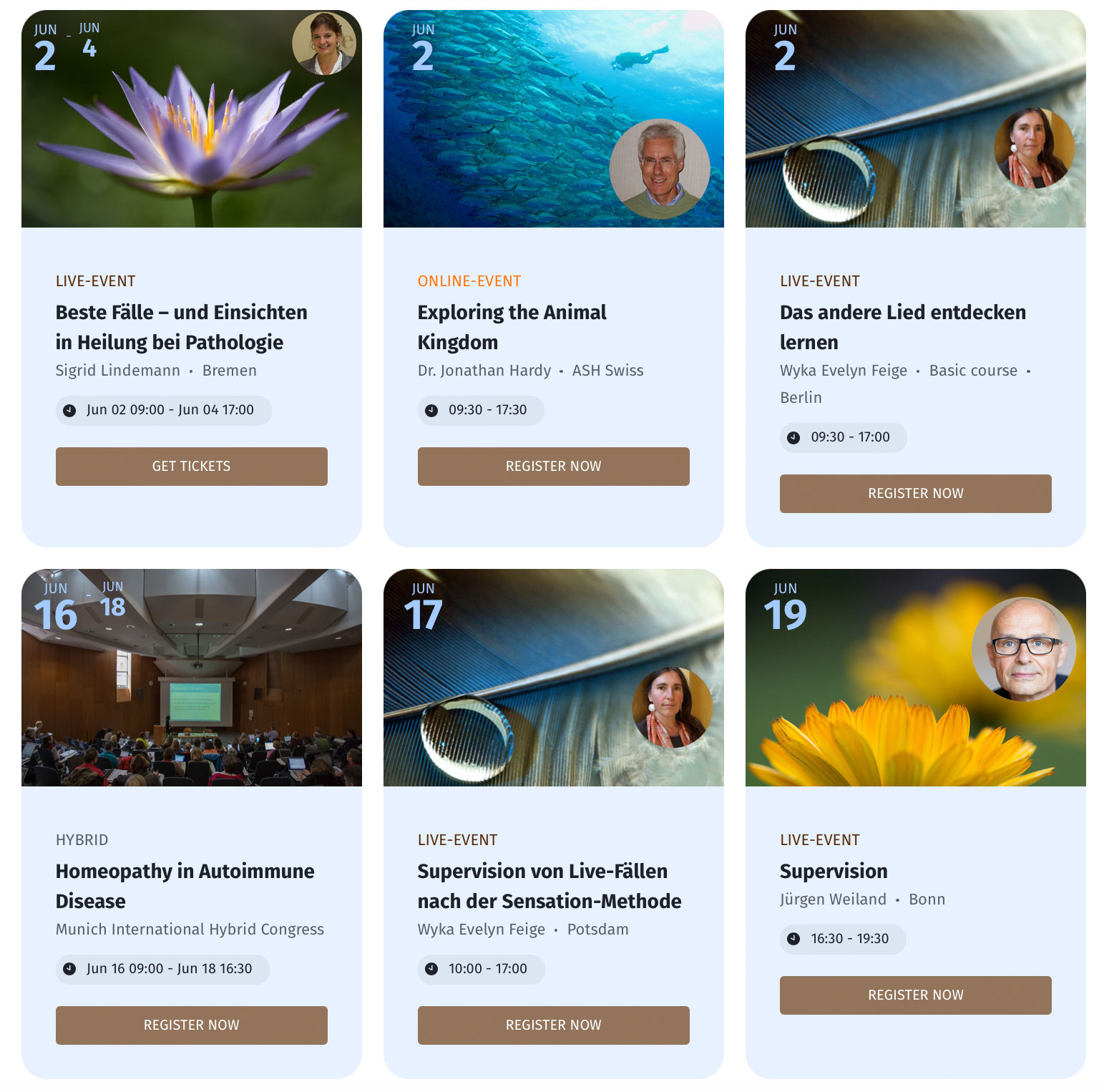 Thank you to everybody around the globe who joined us for the ONE WISH conference 2021.

You've mist the live event? The entire congress is now available for rental. All recordings can be listened optional in English, German and Russian.

Homeopathy is our passion

Our aim is to heal the sick person who has come to us for help. We recognize sickness from the totality of expressions, both body and mind. Provings, materia medica and the repertory are an integral part of Sensation Homeopathy. 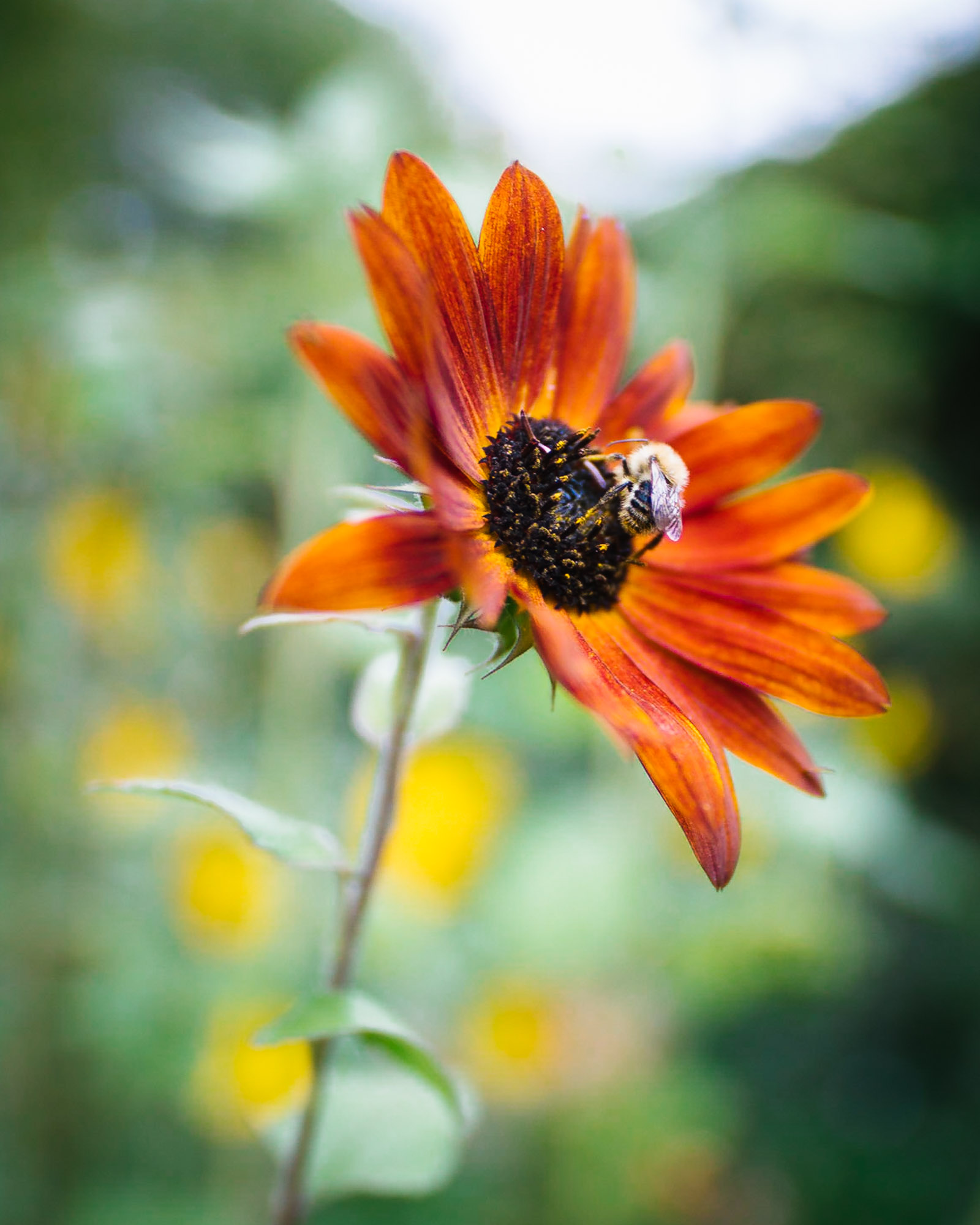 To this end WISH was formed to provide a forum of communication and education, thus ensuring that standards are maintained , whilst allowing development in the future to serve better the needs of practitioners and patients.

What is the Sensation method?

In the tradition of Bönninghausen and Boger, Rajan Sankaran has developed a system which has broadened our understanding of the nature of disease and remedies.His concept of the Seven Levels of Experience enables a homoeopath to know at all times, in any given case, where to begin and where to aim. In this way of working, a definitive pathway for case taking is provided, a means by which to observe and utilise the active energy patterns of the patient (hand gestures and body movements), plus a way of matching the patient's level to the remedy potency that is required.

Another key component of this system has to do with becoming attuned to the patient's sensations. There is a certain energy in precise sensation(s) having to do with both the chief complaint and the general state of the patient, which has enormous significance. Dr. Sankaran has termed these as the vital sensations.

Vital sensations are not merely physical symptoms or emotions, but rather the common sensations that connect the mind and the body. Indeed the vital level is deeper than the mind or the body; it is at the center point of the diseased state. Dr. Sankaran's system incorporates miasm and kingdom classification (plant, animal, mineral, nosode etc.) as well as the 'Levels' into one comprehensive, sophisticated, yet elegantly simple way of perceiving the patient.

It is a quantum leap in the understanding of disease and has resulted in increased level of success and the use of numerous remedies, including some not well proved ones and yet others previously not even known. In many other cases one has been able to use old remedies in an entirely new light, with a deeper understanding.

Homeopathy is a system of alternative medicine, first proposed by the German physician Samuel Hahnemann in 1796. It is based on the Law of Similars or the principle "Like cures Like". (Greek hómoios- ὅμοιος- "like-" páthos πάθος "suffering".) For example: The effects of a bee sting (stinging, burning, sharp pains, swelling) can be relieved by a homoeopathic remedy Apis mellifica, which is prepared from the poison of the honey bee. Homoeopathic remedies are ultra dilutions.

Medicinal substances (plant, animal and mineral) are subject to physical processes whereby they are ground or agitated so that their particles are greatly reduced in size; this serves not only to dilute them a great deal but also activates their inner healing energy. In the Homoeopathic system the more dilute the medicines the more potent it is, and medicines are diluted to a degree where they become extremely potent but completely free from side effects. Homoeopathic medicines being energy based, they act on the vital energy of the human being.

This vital energy or Vital Force is responsible for controlling and maintaining all the organ systems of the body harmoniously. The remedy energy acts upon and stimulates this controlling energy into action to restore health. Cure at this level is holistic and permanent.

1. Our aim is to heal the sick person who has come to us for help.

2. We recognize sickness from the totality of expressions, both body and mind.

3. Provings, materia medica and the repertory are an integral part of Sensation Homeopathy.

4. Sensation Homeopathy recognizes that there are several levels of experience. There is a level of core experience that underlies all experience. This is the sensation level.

5. At the sensation level, the patient expresses himself in the language of something in nature.

6. It is the pattern of something in nature within the individual and this pattern can be seen in all aspects of the person.

7. When revealed at the sensation level, the individual’s pattern can belong to kingdoms such as mineral, animal or plant, and then into further subkingdoms.

8. This represents a systemisation of the knowledge of material medica.

9. Similarly, homeopathic remedies reflect the pattern of the source that they are derived from. Remedies are not only individual entities but belong to groups and therefore share the features of the group along with individual characteristics. Thus remedies can also be mapped into kingdoms such as mineral, animal or plant and then further in to subkingdoms.

10. The common features of a given group should be established by a thorough study of the provings, rubrics and clinical information of the various members of that group. Well researched scientific study (chemistry, botany, zoology, etc.), supplements our knowledge of the features common to a given group and differentiating qualities of its individual members.

11. Sensation homoeopathy emphasises the necessity of building a body of information that brings together and shows the similarity between homoeopathic information and the study of nature. This ensures that our understanding is based on sound knowledge rather than on hypothetical ideas such as the doctrine of signatures.

12. Another map that is useful in classifying remedies and patients is a map of the miasms. Sensation Homeopathy defines miasm as an indicator of the pace and depth of the experience. It recognises ten miasms, each one representing a specific pace and depth of desperation.

13. Case taking should be directed to perception of the core experience of the patient, the vital sensation, along with eliciting the characteristic symptoms.

14. Our results will be more accurate and deeper when we reach this level in case-taking, though this may not always be possible due to a variety of reasons. However even if this level be not reached in case-taking yet it is imperative that the patient’s characteristics must match the kingdom, subkingdom and (in case of a well proven remedy) the patient’s characteristic symptoms must also be in that given remedy. The remedy that is chosen on the characteristic symptoms must also reflect the general idea of the kingdom and the subkingdom

15. When only characteristic symptoms are available, the remedy chosen must reflect the kingdom and subkingdom. The sensation expresses itself in all levels of the case, and this confirms our choice of remedy.

16. The sensation level can be perceived in all expressions of the patient.

17. If the patient’s core expression does not correspond to a known remedy, using a map of the kingdoms and miasms allows us to come to a remedy.

18. Sensation homoeopathy leaves the practitioner flexibility to chose a technique of case-taking as long as he is clear about the goal, that of uncovering the core experience of the patient.

19. The method used for case-taking should be the one that suits the individual patient.

As long as the vital force is able to optimally regulate all physical and mental-emotional functions, there is harmony in the organism. In this healthy state of existence, "our indwelling, reason-gifted spirit" can freely use this "healthy instrument" for the higher purpose of existence, as Hahnemann writes in § 9 of his Organon.

But when illness sets in and the Vital Force starts to lose its control, discord takes the place of harmony. A state of being takes shape which is representative of dis-ease, with signs and symptoms becoming perceptible in the mind and in various parts of the body.

The dis-ease is experienced as an abnormal sensation (the Vital Sensation), the effects of which are felt in the entire system so that health is replaced by stress, abnormal sensations and signs; the higher purpose by compulsions, which lead to likes and dislikes.

Thus another melody, that of disease, starts playing, and this so called "Other Song" creates cacophony. Instead of living in the freedom that epitomizes health the human being now lives largely under the duress of this Other Song, which as it gets louder and louder, starts to determine all the choices the person makes, in this way shaping the human being.

The Other Song is individual, each person having his own unique music. A closer look at this music of disease helps one discern a similarity with the song of some natural substance: plant, animal or mineral.

The Other Song is native to that substance, but completely out of place in the human being. On the basis of the Homoeopathic principle: like cures like, this similar substance is used to remedy the disease. An ultra-diluted dose of the similar substance gradually alleviates the Other Song and health is restored. The cacophony is gradually abolished, stress is relieved, signs and symptoms abate, and harmony is once again re-instated.

Quotes from the article The International Homeopathic Renaissance by Dana Ullman, M.P.H.
…an astounding 40% of the French public have used homeopathic medicines, and 39% of French physicians have prescribed them. (2. F. Bouchayer, "Alternative Medicines: A General Approach to the French Situation," Complementary Medical Research, May, 1990)

Quotes from the article Homeopathy - Rise Of The Phoenix, available on themedica.com (November 7, 2008)
In the US, about 62% of the population uses some sort of Complementary and Alternative Medicine. Further, Homeopathy which is a part of “Whole Medical Systems” ranks at number four position as the most popular form of Complementary and Alternative Medicine (CAM). It accounts for 2.7 percent of CAM users.

Where we meet and exchange

One of our central tasks is to provide international homeopathic education. Our events are wonderful opportunities to meet colleagues, share their experiences and latest insights. Since 2012 we are offering hight quality homeopathic congresses with changing themes and clinical focus:

With the topic "Burnout & Sensation" leading representatives of the Sensation method came to share their individual insights and experiences. In the well-attended auditorium, the audience listened to a wide variety of case studies.